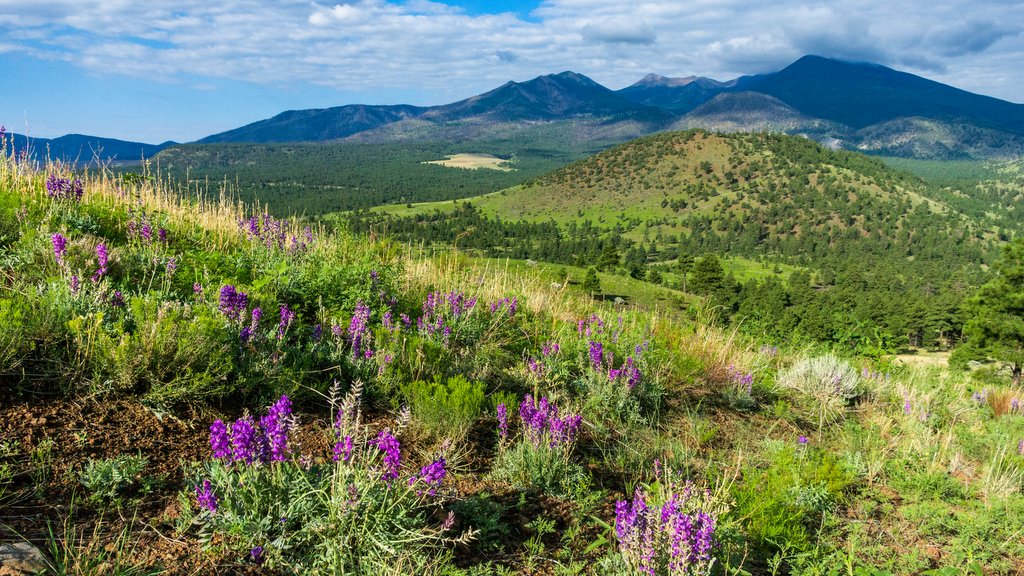 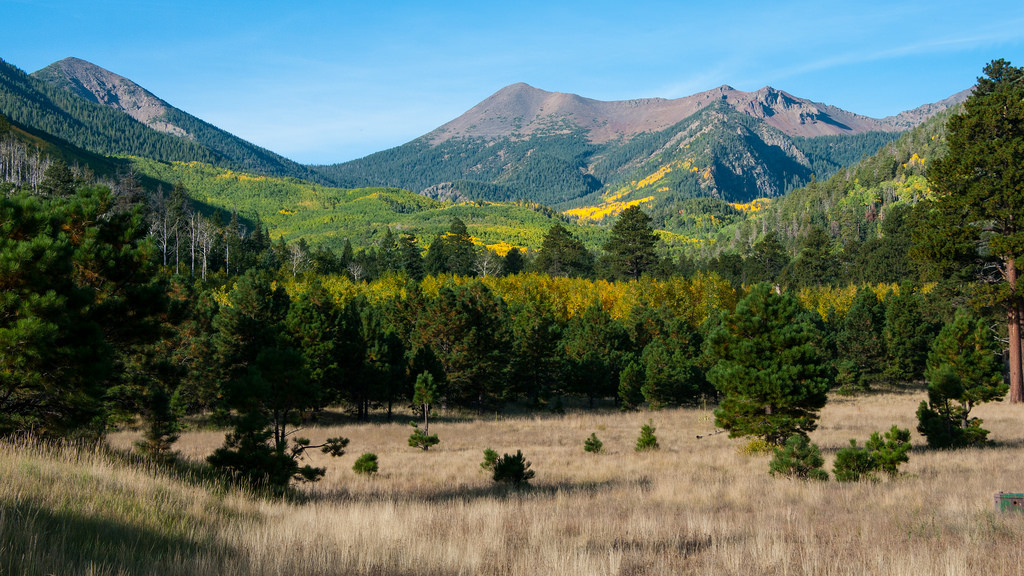 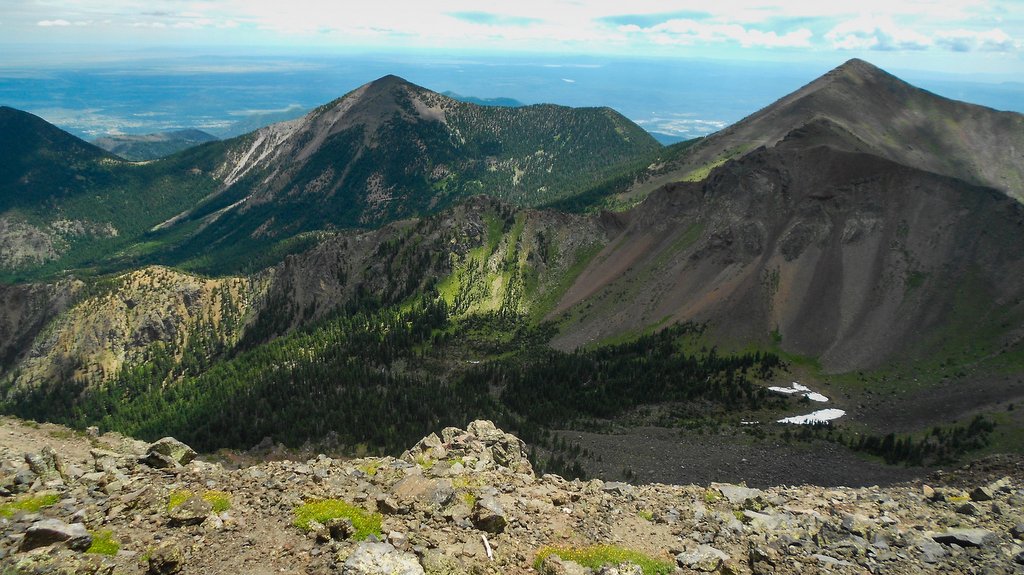 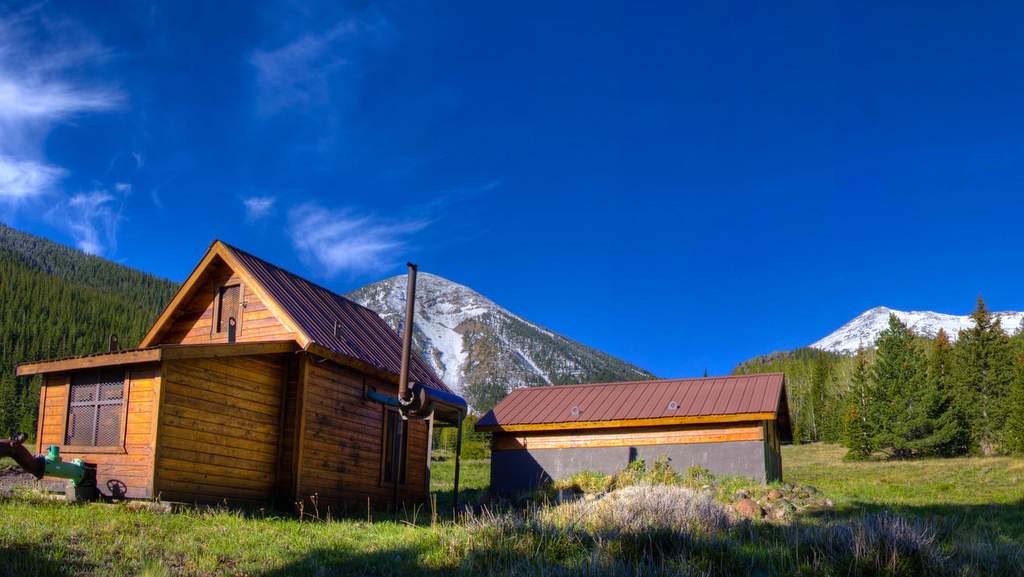 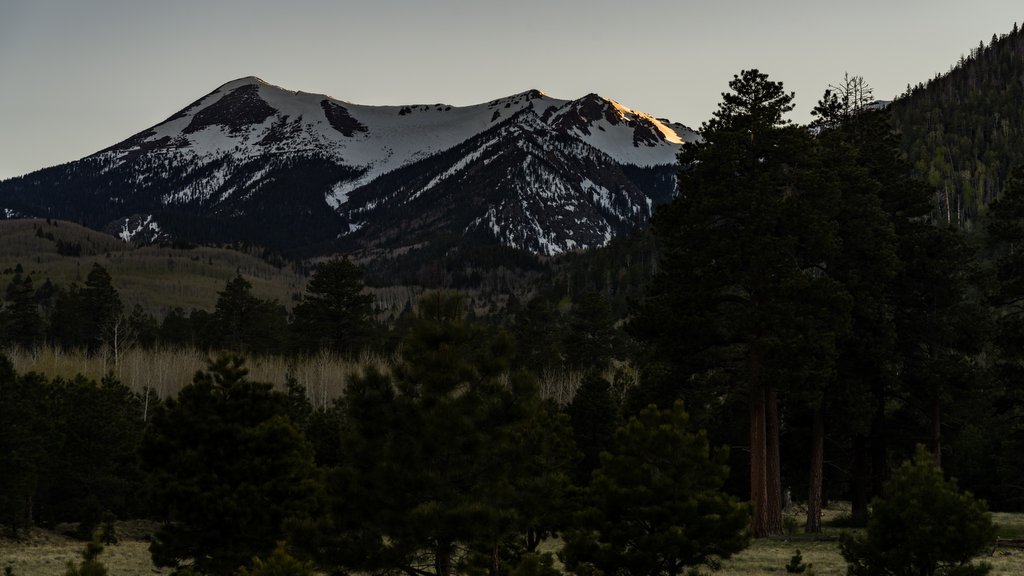 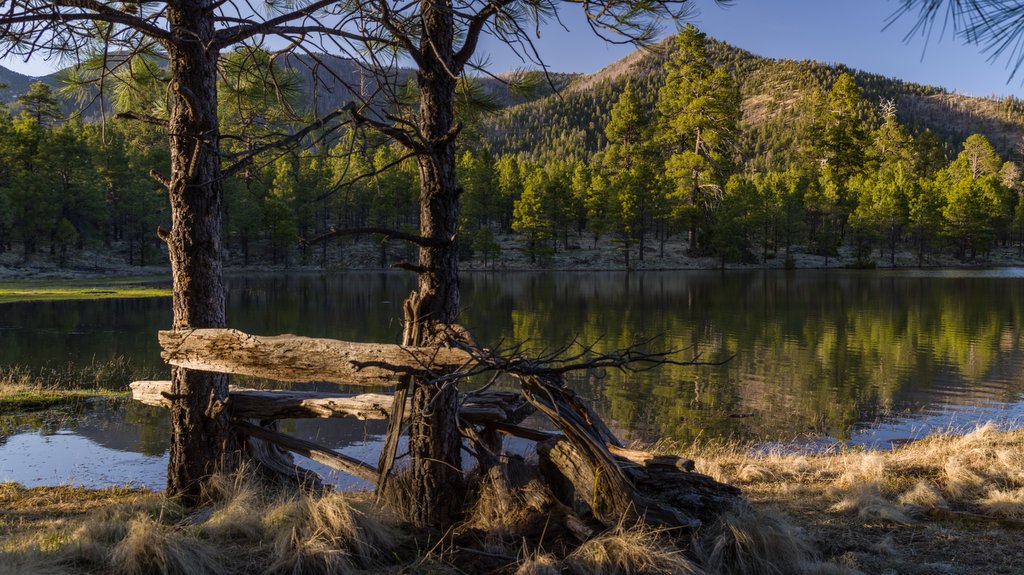 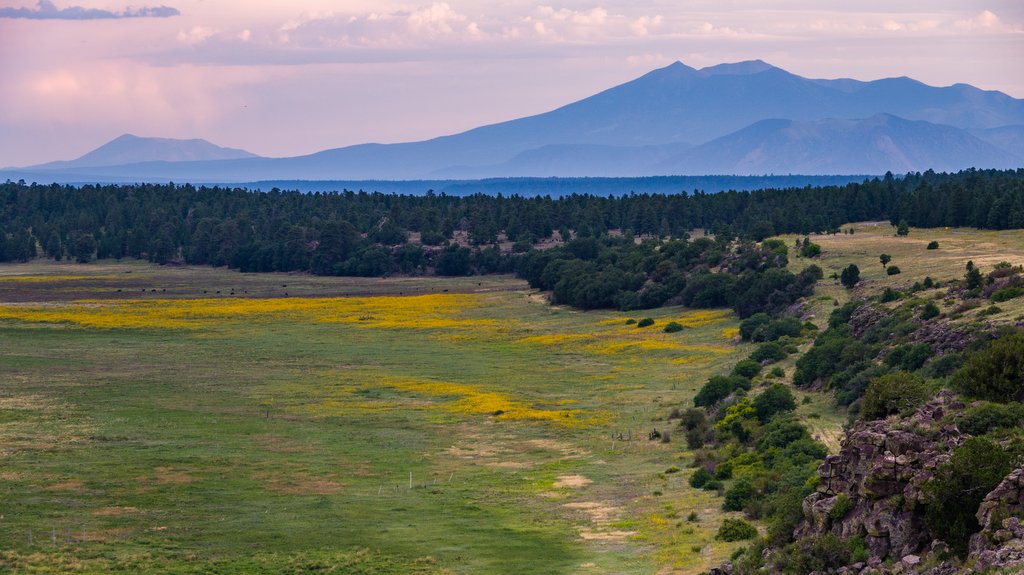 The San Francisco Peaks is the name of the series of peaks crowing a dormant stratovolcano, and home of the highest peaks in Arizona. Humphreys Peak is Arizona's highest point at 12,633 feet.

The Peaks are protected by the Kachina Peaks Wilderness. This 18,960 acre roadless area encompasses most of the upper reaches of the San Francisco Peaks The area is named for the Hopi dieties, or Kachinas, whom that culture's mythology tells us live here for part of every year.

Not surprisingly, this most prominent feature on the northern Arizona landscape is sacred to all of the area's indigenous people and has become a source of awe and wonder to its more recently arrived visitors and residents as well.

A number of trails offer access to this mountain, a dormant volcano that last erupted roughly two million years ago. The mountain's Inner Basin, a popular destination, is a huge caldera which was formed during the mountain's most recent volcanic cataclysm. That once inhospitable crater now supports a thriving stand of white barked aspens and hardy mixed conifers.

This mountain is skirted by a variety of cinder hills and mountains, also volcanic features that are part of the larger San Francisco Volcanic Field. 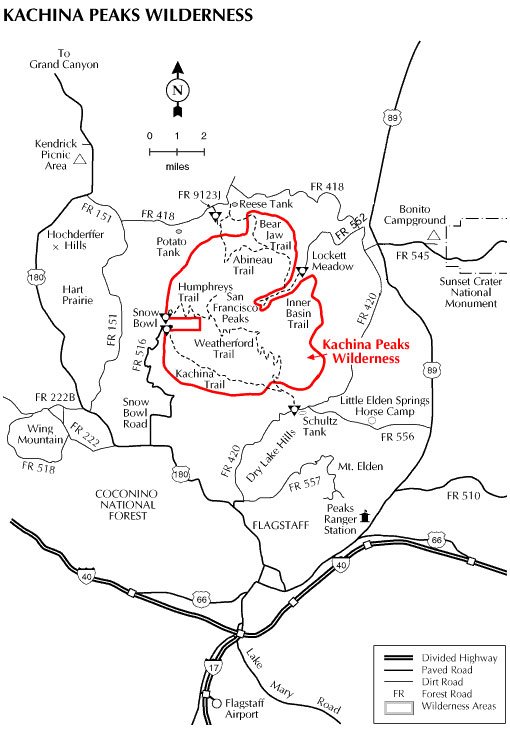